What are the risks?

We hope this forum will be a valuable source of information, we want it to reduce people’s sense of isolation and to give them a sense of hope for the future.

The risks of viewing sexual images of children are very significant, not only for the person who is looking at them, but for the children in the images and possibly for children that he is in contact with in the ‘real world’

Risks associated with online sexual offences against children can be viewed in three broad ways:

It’s sometimes assumed that everyone who accesses sexual images of children will go on to commit more serious online sexual offences or will commit a contact offence against a child. The diagram below illustrates, however, that offenders use the Internet out of different motivations. 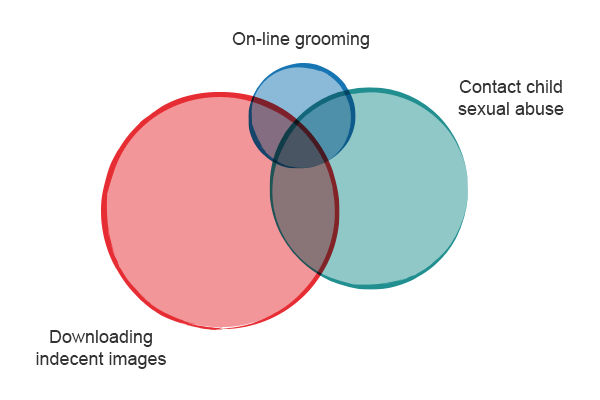 The diagram shows that:

You may think that the person you are concerned about would never harm a child  in his everyday (offline) life; but then it is almost certain that you had no idea that they would ever look at sexual images of children either.  It is possible to help to prevent a person from reoffending by: