Click to escape
Home » Concerned about the behaviour of another adult? » Sexual thoughts or behaviour towards children » What are the risks?

What are the risks?

The link between thinking and doing 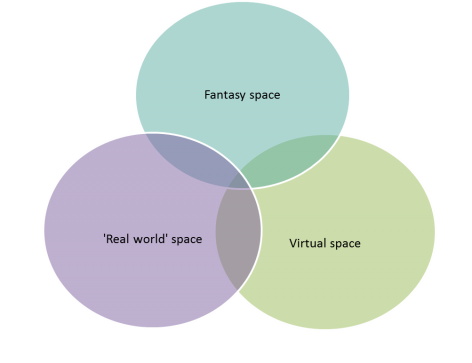 It’s sometimes assumed that everyone who has sexual thoughts about children will go on to commit a sexual offence against a child, either on the Internet or in the‘real world’.

This venn diagram, however, illustrates that although sexual thoughts about children can be linked to both of these offences, it is not an inevitable process, especially if measures are put in place to protect children.

This is where sexual fantasies are initiated, replayed and constructed in an individual’s mind. This can include the mental images of memories as well as newly constructed fantasies.

This is where fantasy and reality are ‘blended’ together, and can include looking at sexual images of children on the Internet, as well as using pictures of children from other offline places such as the television. The virtual space has the ability to further reinforce sexual fantasies, as well as helping individuals to update their fantasies with new material.

However, this is not an inevitable process, illustrated by the fact that the circles in the diagram are not completely overlapped. Some individuals have no motivation to move out of the fantasy space. Additionally, by making the real world space inconsistent with the fantasy space can help to reduce the chances of offending behaviour. This can include putting protective barriers in place in the real world to reduce access to children and the opportunity to offend, or by the individual not engaging in sexual gratification behaviour from the fantasy.

To reduce the possibilities of someone progressing from the fantasy space into the offending spaces, there are things that can be done to help: